The Jimi Hendrix Experience: Live At The Isle Of Fehmarn 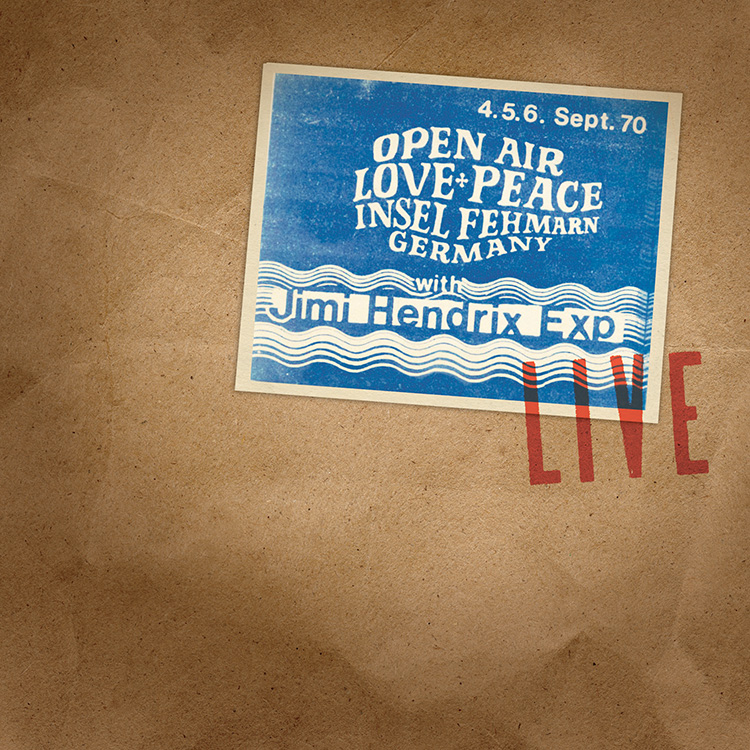 Originally slated to perform on September 5th, The Experience’s appearance at the festival was delayed by frequent rain storms that plagued the previous days shows. Having just completed a series of six concerts in six days including headlining shows at both the Isle Of Wight (August 30) and Berlin (September 4), the extra day of rest would serve the group well.

By the time The Experience took to the stage on September 6, audience tensions were guarded following a series of fights between German bikers, that had escalated in ferocity, and included the festival Box Office being robbed at gun point and Jimi Hendrix’s own road manager, Gerry Stickells being attacked. Depsite these problems, The Experience delivered an enthusiastic hour-plus performance which saw Jimi lead the trio through a series of songs encompassing all of the different periods of the group’s existence.

Jimi’s Isle Of Fehmarn performance has been widely bootlegged over the last 35 years yet it was never professionally recorded. Amateur recordings made from the audience by fans have served as the only known documentation of this historic concert until now. As the eighth entry in this popular ‘bootleg’ series, Dagger presents a newly discovered recording made by the festival’s promoters. Unbeknownst to Hendrix, the promoters captured the group’s entire performance by feeding two overhead stage microphones into a consumer grade Revox reel-to-reel tape machine located off to the side of the stage. The resulting document, rough hewn and unmixed, is clear and not unlike the amateur
audience recording featured on the initial Dagger offering Live At The Oakland Coliseum.