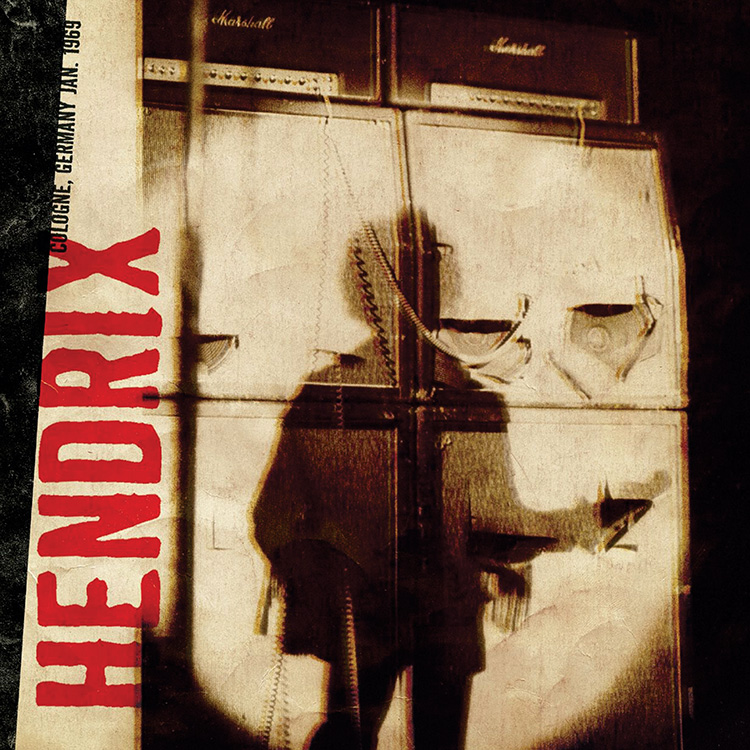 The Jimi Hendrix Experience: Live In Cologne, the twelfth release in the Dagger Records official bootleg series, documents this spirited, January 13, 1969 performance at the Sporthalle in Cologne,
Germany.

Hendrix kicked off the proceedings with a scalding “Come On (Let the Good Times Roll)” from Electric Ladyland. This Earl King chestnut had long been a favorite of Jimi’s and here he began with a driving solo introduction before signaling Redding and Mitchell to join. Next followed a blistering version of “Foxey Lady,” a perennial stage favorite. An abrupt tape cut precedes a memorable rendition of “Red House.” Thankfully the performance is essentially complete lacking only Jimi’s prefacing stage banter, offered as he likely changed guitars before starting. “Voodoo Child (Slight Return)” followed next, not yet established as Jimi’s closing number as it would become later in 1969 and remain so throughout his career, but no less muscular.

Jimi then shifted directly into “Fire” and then a thunderous “Spanish Castle Magic.” The Experience were clearly locked in sync, pushing each other throughout all to the delight of their audience. The Experience never backed off, launching next into their first single “Hey Joe.” Jimi had to do some quick tuning on the fly, but he pressed on undaunted, boldly dashing off a lick from the Beatles’ “I Feel Fine” as he barreled through this uptempo rendition. This driving intensity built up after the solo, underscored by Jimi’s rhythm guitar work and Mitchell’s superb drumming before culminating in a rousing finale.

“Sunshine Of Your Love” was offered in tribute to Cream, all to the delight of the audience whose howls of approval can be heard even during Redding’s bass solo. “Star Spangled Banner” and “Purple Haze” capped off a truly memorable night and then the Experience were gone, whisked off to the next city and another unsuspecting audience.

The Jimi Hendrix Experience: Live In Cologne is like other releases in the Dagger Records series. This album was not drawn from professionally recorded masters but instead an amateur, monophonic audience recording. As a result, the recording is not without various technical flaws and sonic limitations. Nonetheless, this special ‘official bootleg’ stands as a captivating document of this important chapter of Jimi’s legacy.

Unique to this vinyl-only Dagger Records release, is an accompanying redemption card that features a unique access code allowing purchasers to download a free digital copy of the album in MP3 format.