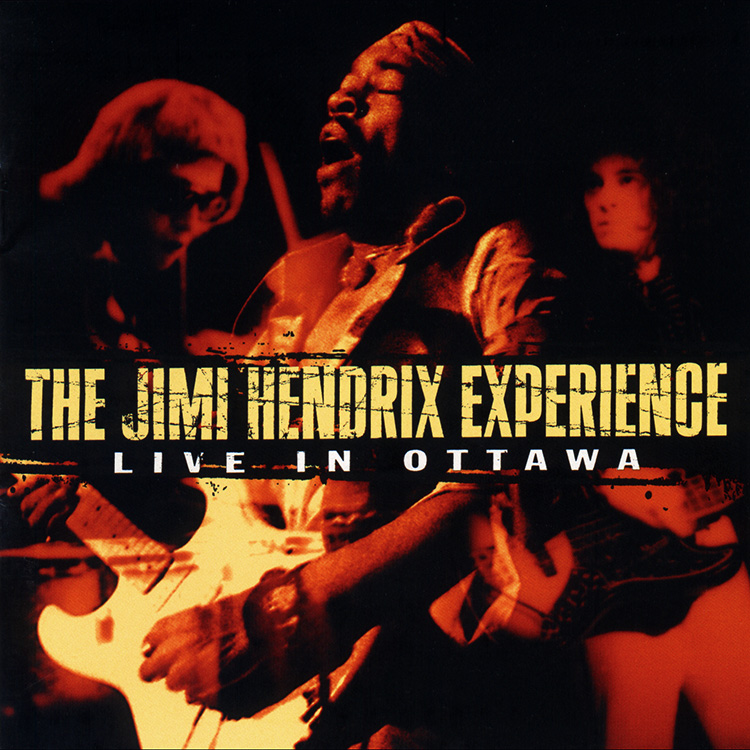 Jimi’s appearance in Ottawa was part of an extensive US tour organized in support of his recently issued second album, Axis: Bold As Love. The guitarist arrived in New York on January 30, 1968 and immediately took part in a press reception organized by publicist Michael Goldstein. Goldstein dubbed the event “The British Are Coming” and made the Experience, as well as the other groups in the Michael Jeffery/Chas Chandler stable available to journalists and photographers at the Copter Lounge atop the Pan Am building in Manhattan.

Following the media hoopla in New York, the Experience flew to San Francisco where their tour began in earnest at the Fillmore Auditorium on February 1. Eight shows over the course of four memorable nights at the Fillmore and Winterland Ballroom launched the tour in grand fashion.  From San Francisco, the Experience ventured across the US, performing at a mix of clubs, colleges, and medium sized auditoriums. Despite the growing popularity of Are You Experienced, issued the previous August by Reprise, Jimi’s US distributor, the Experience had only begun to develop a national following.  As a result, limited finances eschewed the comforts of a tour bus and made leasing a tour airplane unfathomable.  Instead, the group, guided by their faithful road manager Gerry Stickells, made much of their journey across the country in a rented station wagon.  In what can only be described as a remarkable test of their endurance and enthusiasm, the Experience performed sixty concerts in sixty days during the first leg of this
tour.

Five weeks into their dizzying tour itinerary, the Experience arrived in Ottawa to perform two shows at the city’s venerable Capitol Theater. As he often did when performing two concerts in one evening, Jimi varied his set lists.  He maintained some staples such as “Fire” and “Foxey Lady” in each concert, but in the evening’s early performance, of which no recording is known, newspaper reviews reveal that he featured “Sgt. Pepper’s Lonely Hearts Club Band” and “I Don’t Live Today”.  These songs were not revived for the second show, but in their place came “Spanish Castle Magic”, an energetic reading of Howlin’ Wolf’s “Killing Floor” and the lengthy instrumental workout “Tax Free”.

Experience concerts bore little resemblance to seamlessly produced present day rock events.  In 1968, a Jimi Hendrix concert was truly a counter cultural gathering, fueled in large part by the support of underground radio and college newspapers.  The concerts themselves were miles away from today’s rigidly structured events which more often resemble a Broadway production than a traditional rock and roll show.  Technically, Jimi lacked virtually everything from amplifiers capable of withstanding his sonic demands to adequate stage monitoring [during this era, Mitch was often without any monitoring whatsoever].  There were no light cues or pyrotechnics timed to announce Hendrix’s arrival onstage. Jimi simply walked out, greeted the crowd, and would quickly tune his guitar.  During the performance, technical demands and other challenges were either solved on the fly or not at all.  This hasty work invariably took place in plain view of the audience.  Jimi’s Ottawa performance was no different.  As he and his crew struggled to overcome a variety of technical difficulties, Jimi peppered the crowd with his sly wit.

If a desultory [and now rather humorous] review of Jimi’s performance, printed the following morning in the Ottawa Citizen, can be believed, the Experience sold out the second concert of the evening. It is this inspired performance which is featured on this disc.

The concert at the Capital Theater took place four days after the March 15, Clark University performance issued as the second Dagger Records release in this series.  Like that show, the Experience were in top form throughout.  The grinding toll of their first major US tour was masked by the group’s upbeat demeanor and spirited performance.  Most important, coupled together with Live At Clark University, Live In Ottawa provides a compelling and detailed look at the Experience cresting at the peak of their friendship and unity.

There is much to be relished in this unpolished recording.  Jimi’s train whistle feedback announces his powerhouse rendition of Howlin’ Wolf’s “Killing Floor”.  A stinging “Red House”, Jimi’s own blues masterwork, is even stronger.  Live In Ottawa also presents the earliest live version of “Tax Free” issued to date.  Here Mitchell and Redding push Hendrix insistently throughout the song’s complex arrangement.  The expanded introduction to “Hey Joe”, a precursor to the more elaborate efforts which would follow in the weeks and months to come, is wickedly clever and no doubt a salve to Hendrix’s restless creative spirit.  The guitarist loathed having to replicate his hits in the same manner night after night.  It is alterations and embellishments such as these which made every Jimi Hendrix performance so unique.

More than three decades later, it is performances such as these which reveal just how exciting it was to have a witnessed a Jimi Hendrix Experience concert.

How and why the concert was recorded is somewhat of a mystery.  The performance was not professionally recorded, as were later Hendrix performances at Woodstock and the Fillmore East.  Nonetheless, Jimi was obviously well aware of a tape recorder capturing the proceedings.  During his set, he made mention of it onstage, exhorting the crowd at one point to cheer so that the group’s girlfriends wouldn’t think they had bombed in Ottawa!

It is possible that Jimi himself recorded this performance on his own Sony reel to reel tape machine.  He frequently made recordings of various jam sessions and club performances for his own enjoyment.  It is more likely, however, that member of the Capital Theater stage crew documented the performance for posterity.  All of Jimi’s performance is presented in its original running order.  “Wild Thing”, the final song of the evening, cuts out just as Jimi tore through the song’s unforgettable opening chord sequence.  Apparently, the tape operator loaded his reel to reel tape machine with a 2400 hundred foot spool of blank tape.  Such a spool would provide slightly more than sixty minutes of recording time at seven and a half inches per second.  The recording begins with the introduction of the group by CKOY radio personality Nelson Davis and continues until the spool runs out. Lost is the balance of “Wild Thing”, but most of us know what happens at the end there … 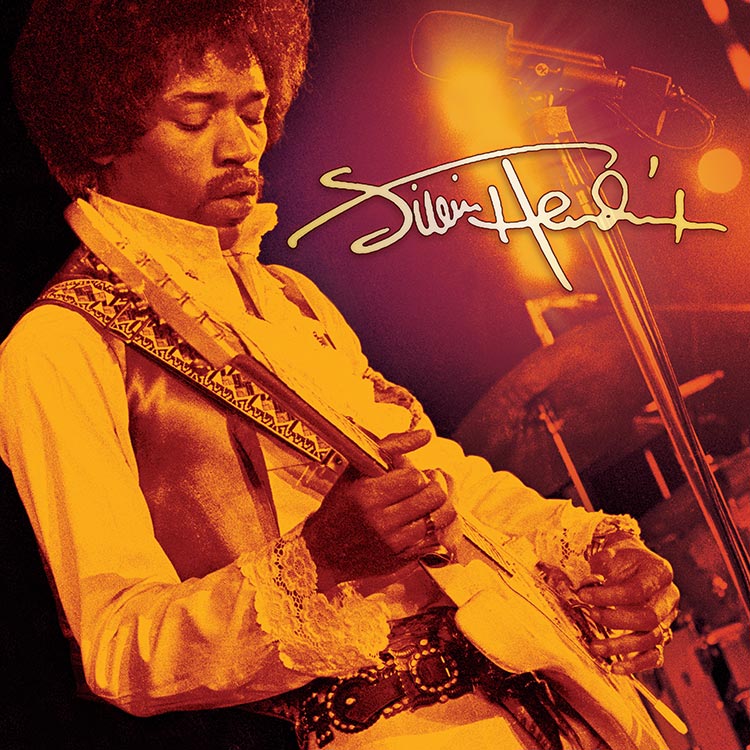 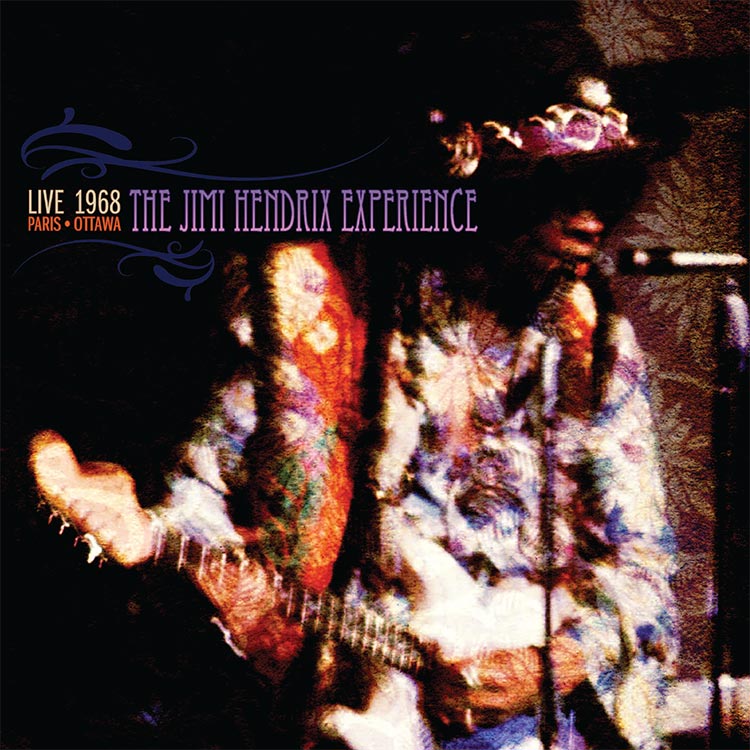