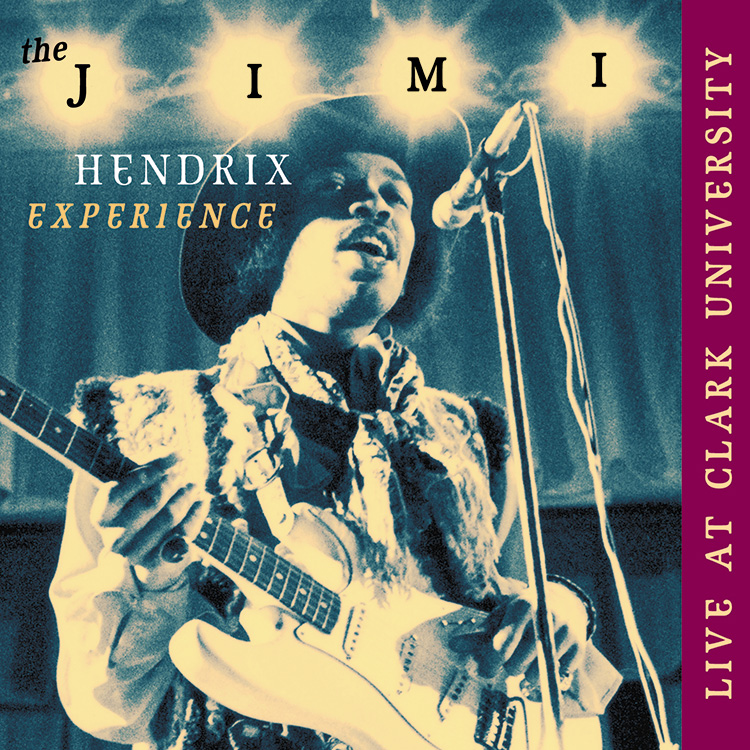 Like no Hendrix live disc ever before issued, The Jimi Hendrix Experience: Live At Clark University provides a window into one night on the road with the Experience. Beyond the memorable concert performances of “Fire”, “Red House”, “Foxey Lady”, “Purple Haze”, and “Wild Thing” featured here, Live At Clark University provides a further treat in the form of extended interviews with Jimi, Mitch, and Noel. What makes this collection so unique is the perspective and extraordinary insight gained by listening to the interviews conducted with each band member prior to and immediately following the group’s performance.

The interviews, conducted backstage in a nearby dressing room, afford a rare opportunity to eavesdrop on Jimi and the group. Jimi’s conversation is candid, relaxed, and informative. His philosophy and goals for his music are clear and well stated. The different personalities within the group are also evident, as Mitch and Noel share their insights on the group’s accomplishments and musical course.

The live recordings which make up the core of Live At Clark University are no less powerful or revealing. The five songs included here showcase the optimism and vibrant enthusiasm of the fertile period between Axis: Bold As Love and Electric Ladyland. Vigorous renditions of such classic fare as “Fire” and “Foxey Lady” clearly reveal the group’s undeniable chemistry and skill. The intimate confines of Atwood Hall, Clark University’s student auditorium, placed the group in close proximity to its fans. The overwhelming combination of sheer volume and Jimi’s dynamic stage show left the sold out audience thunderstruck.

The Experience had traveled to Clark University on March 15, 1968 as part of their extensive US tour in support of Axis: Bold As Love, their second album. Clark University, a small, respected Massachusetts university, is located in Worcester, a city located approximately one hour west of Boston. Filled to capacity, Atwood Hall could accommodate more than six hundred students. Tickets for the concerts were modestly priced, with seats priced at $3.00, $3.50, and $4.00.

Live At Clark University begins with Jimi in his dressing after following the conclusion of the first set. In typical fashion, he takes the failure of the Experience’s battered stage gear to heart, hoping he has not let the audience down. The conversation then turns to Jimi’s musical influences. Seven minutes into Jimi’s interview, one can hear the opening strains of the second set by the Soft Machine.

Shortly after Jimi’s interview drew to a close, the Experience took the stage. Live At Clark University begins with “Fire” and continues through “Wild Thing”. One or more songs might have preceded “Fire”, but no further recordings are available beyond what is represented on this collection.

Although Live At Clark University has been drawn from professionally recorded two track masters, it is not without an occasional flaw. Nonetheless, these tapes represent the only known documentation of this spirited performance. We hope you enjoy the experience! 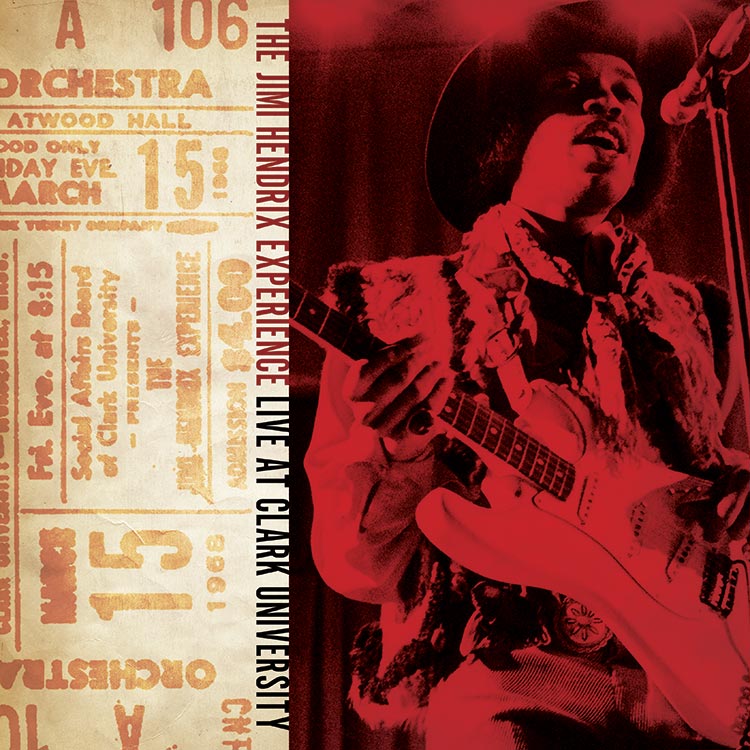